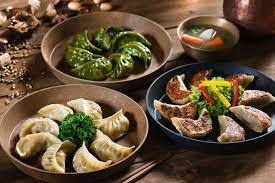 A visit to Bhutan would be incomplete without sampling Bhutanese cuisine. Bhutanese people are most enamored with a spice that appears prominently in a number of their foods.

Tourists who are vegetarians can exhale a sigh of relief over their dining selections. It’s worth noting that, despite the availability of many popular meat-based dishes, a sizable portion of Bhutan’s population is vegetarian. There is also a lot of Indian and Chinese food accessible all around the country. If you want to taste the best of Bhutan cuisines, take advice from your Bhutan travel guide.

‘Datshi’ means ‘cheese,’ in the Bhutanese language of Dzongkha. Locals in Bhutan utilize cheese or ‘Datshi’ in a variety of meals, out of which the most popular of which is Ema Datshi, a stew prepared with chilies and cheese (Ema’ means chilies) that may be too spicy for some. Ema Datshi, Bhutan’s national dish, is unquestionably the most popular meal in the country, and any discussion of Bhutanese cuisine must include it.

The chilies are split lengthwise, and the seeds and ribs are removed before being combined with cheese, garlic, water, and a little oil.

Red rice is one of the primary foods of the Bhutanese people, except in the Bumthang region, where buckwheat food items are more popular. It is a rice type with a medium grain size grown in the Kingdom of the Eastern Himalayas. It has been farmed in the lush soil of the Paro Valley, which benefits from mineral-rich glacial water, for several years. Because it is only partially milled, some of the brain is left on the rice; it cooks faster than other rice varieties and develops a reddish-brown hue after cooking.

The Jasha Maroo, a spicy stew or curry made with chopped chicken, onion, garlic, chilies, tomato, ginger, and coriander leaves, is another meal worth trying. The essence of this meal is ginger. It’s best served with a large amount of chicken broth. Beef can also be used for chicken. As with most Bhutanese cuisines, this is frequently served with red rice.

Paa is a meaty stew or a gravy-based curry. Another favorite food of Bhutanese people is pork, which is highlighted in Phaksha Paa. In this recipe, pork slices are stir-fried with entire red dry chilies (yet another spicy dish), ginger, and Bok Choy. Bok Choy, also known as White Mustard Cabbage or Pak Choy, is a celery-like stalk with dark leaves and a peppery flavor. It’s used in fresh salads as well as stews like this one. Phaksha Paa can also include mountain veggies like radishes and spinach. It’s commonly served with rice and Datshi dishes.

What to do before you travel to Bhutan?

If you are also mesmerized by such delicious food of Bhutan and planning to visit Bhutan, then you must fulfill some Bhutan travel requirements to make your trip happy and memorable. Start with buying travel insurance. Now, if the question ‘what travel insurance should I get?’ is bothering you, consult a travel agent for it to get the best advice.

Bhutanese people are most enamored with a spice that may be found in a variety of their dishes. Vegetarian tourists can breathe a sigh of relief about their eating options. Despite many popular meat-based dishes, a significant section of Bhutan’s population is vegetarian. There is also plenty of Indian and Chinese cuisine available around the country. 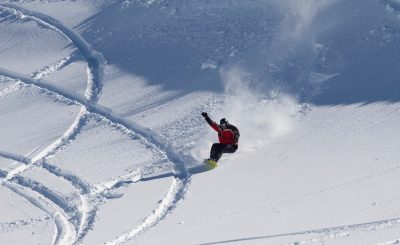